THE 4 MYTHS THAT PREVENT ENTREPRENEURS FROM ACHIEVING EXPERT-STATUS.

This 60-minute Masterclass by Silva Harapetian is for entrepreneurs asking: 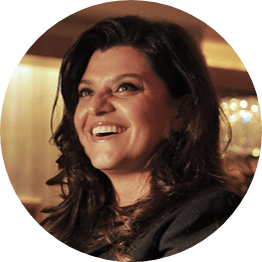 If someone had told Silva that a little immigrant girl from Iran would be a news anchor for NBC, ABC, FOX and CBS -- she would have said they were crazy. Silva wasn't even born in the United States. English is her 4th language. Who would have thought she would report on some of the most historic events of our generation. A few years ago, she wrote a book and it made it on the Amazon Bestseller list. WHAT? Everyone wants to know...how did this happen?

Silva's story is a perfect example of how anyone can accomplish anything they desire regardless of their circumstances – if they leverage their differences as their unique asset. It took her about 20 years but she was able to pave her own path to stardom as one of the very first Armenian-Americans in the broadcast news industry. Silva's  media expertise and passion for entrepreneurship has led to the launch of several successful online brands, books and businesses... for herself and her clients.

Silva has been featured on the following networks.